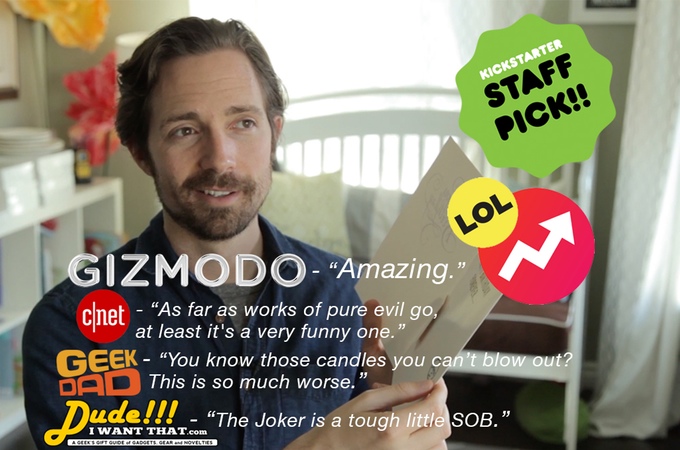 You open the birthday card, and the song immediately starts to play. You close it, but it still keeps playing. You try to shut it off, but it only gets louder! Pretty soon, you realize the thing is never going to stop. In fact, the song will keep playing for more than 3 hours…

The team behind this annoyingly genius viral hit is called Joker Greeting, comprised of brothers Travis and Nick Peterson (Travis is pretty clear about doing 95% of the work, BTW), and this is their second successful Kickstarter campaign (the first campaign raised more than $90,000 earlier this year).

Listen in as I speak with Travis about how he shelved his MBA to pursue prank greeting cards, and as he dives into the difficulties involved in licensing music and fulfilling thousands of orders from his living room.